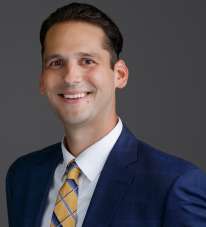 Before joining the Firm, George defended the Chicago Transit Authority where he litigated cases.