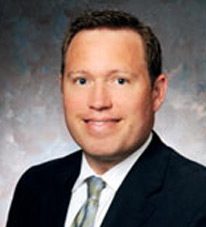 Bryan C. Shartle is one of the managing partners of the Firm’s consumer defense group and assists in the management of the Firm’s regional offices.  Mr. Shartle specializes in representing collection agencies, debt buyers, banks, credit issuers, financial institutions, and telemarketers.  He has extensive experience in consumer litigation, including claims under the Fair Debt Collection Practices Act, the Telephone Consumer Protection Act, and the Fair Credit Reporting Act.  He has been the lead attorney in several landmark decisions involving the collection industry.  Due to his expertise, Mr. Shartle has been retained by many clients to handle consumer cases throughout the United States.  Mr. Shartle is also approved counsel for several large insurance companies.

Mr. Shartle has special expertise in class action consumer litigation and has defended hundreds of consumer class actions involving many hundreds of millions of dollars in exposure.  He has also assisted clients in settling consumer claims on a class-wide basis and is very familiar with the requirements of class certification.  He has handled multidistrict litigation and was designated as coordinating counsel for over 150 consumer-related lawsuits filed in California state court.

Mr. Shartle also assists clients with CFPB readiness assessments and regulatory and licensing issues.  He has represented clients in CFPB enforcement actions and also has extensive appellate experience.  On several occasions, Mr. Shartle has been retained by various trade organizations to assist in litigation involving important industry issues, including preparing an amicus curiae brief in the United States Supreme Court.