As one of the Firm’s named members and its senior partner, David Israel helps manage the Firm’s 10 offices.

Using his nearly 40 years of experience, Dave provides guidance to all practice areas with a special focus on consumer defense, employment, business & transactions, commercial litigation, compliance & regulatory and licensing. In cases that have had industry setting precedent, he has earned a national reputation for defending some of the largest collection agencies, debt buyers and their clients in courts throughout the United States. Dave has represented debt collectors and debt buyers before the Federal Trade Commission, the Consumer Financial Protection Bureau and many state Attorneys General, along with protecting client interests before all debt collector and debt buyer licensing jurisdictions.

Dave has extensive experience handling employment-related class actions, including wage and hour collective actions throughout the nation, along with matters before every federal and most state agencies that enforce employment laws.

Since 1981, his practice has always included employment law, representing management interests. Having served for many years on the Commerce Clearing House’s National Human Resources Board, he also worked as an executive committee member of the American Bar Association’s Young Lawyers Division Labor Law Committee. He has been an arbitrator for the American Arbitration Association. While now part of OutSolve, Dave was a founding member of Pinnacle Affirmative Action Services, one of the nation’s largest preparer of affirmative action plans.

Dave was a contributing editor to the journal SHRM Magazine and the Legal Trends editor of the monthly newspaper, HRNews, both published by the Society for Human Resource Management (SHRM) and has been a speaker for SHRM’s national conferences and regional seminars.

Presenting at many national and regional conferences Dave has been an active member of various trade organizations that represent debt collectors, including the American Collectors Association and the Membership Attorney Program for appointed counsel for debt collectors. He has spoken at the National Association of Attorneys General, along with other state and federal regulators.

Dave has been a part-time associate professor at Loyola University’s Graduate Business School in New Orleans, teaching a joint course in the business and law schools.

Dave has received recognition in various “best attorney” listings in Louisiana and New Orleans and named a recipient of the national BTI All-Stars Counsel Award, as chosen by corporate counsel for providing outstanding legal services. For many years, he has been an AV Preeminent rated Martindale lawyer being recognized as an attorney that is “ranked at the highest level of professional excellence for legal expertise, communication skills, and ethical standards by . . . [his] peers.” 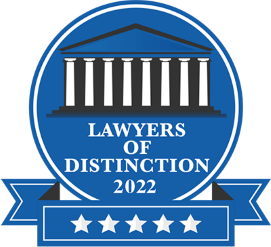