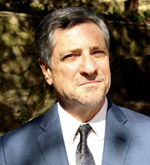 With over 30 years of legal experience, Charlie practices in the areas of consumer, commercial, and business litigation. Over the course of his career, he has handled a broad range of cases arising in varied industries, including matters involving construction, intellectual property, business co-owner disputes, insurance coverage and bad faith, ERISA, financial services (including lender liability and consumer credit class actions), various types of contracts, civil RICO, and securities litigation.  Charlie has also litigated casualty matters, for both defendants and plaintiffs, and mass tort actions. He has managed massive e-discovery efforts. While primarily focused on litigation, Charlie has also provided general business counsel and advice on matters ranging from litigation risk and evaluation to the purchase and sale of assets and stock. He has negotiated and drafted commercial leases, license agreements, and stock and asset purchase agreements. Charlie has over 80 hours of mediator training and substantial combined mediation experience as an advocate and mediator. He is available to serve as a mediator in Dallas and New Orleans.

Born and raised in New Orleans, Charlie spent most of his early legal career there, before moving to Dallas in 2006. After graduating summa cum laude and first in his law school class at Loyola University School of Law, where he was Managing Editor of the Law Review, he clerked for United States District Judge Peter H. Beer and spent 4 years teaching full-time at Loyola Law School. Charlie also holds an LL.M. from Yale Law School. He is licensed to practice law in Texas and Louisiana, and is admitted to the U.S. Fifth Circuit, all federal district courts in Louisiana, and the United States District Courts for the Northern, Southern, and Eastern Districts of Texas.